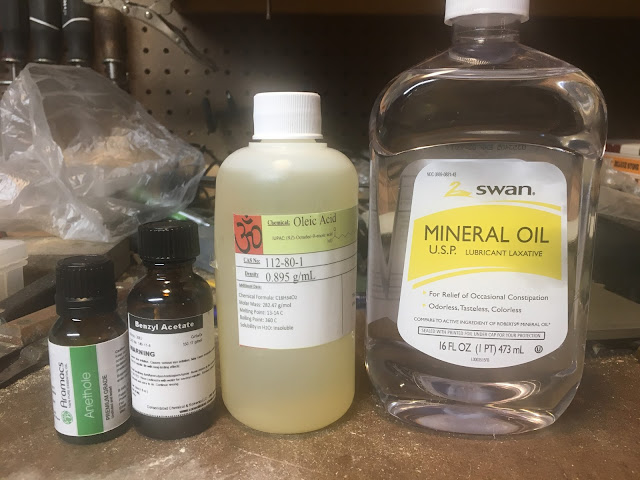 Ballistol has been popping up increasingly in stores, magazine articles, forums, and blog posts over the past few years- enough so that I thought I should check it out. I'm usually very skeptical of the CLP-of-the-month frenzy that preoccupies a lot of shooters, but Ballistol has been around since before the First World War. Products don't usually survive that long unless they have something to recommend them, so decided to check it out.

If you go to the commercial Ballistol web page you can read this breathless history of the product:

In 1904, Dr. Helmut Klever succeeded in producing the special compound, which he named “Ballistol” (from the words “ballistic” and “oleum”, the Latin word for “oil”).  It soon became obvious that this new “ballistic oil” had truly amazing capabilities, and in 1905 the Imperial Army tested and adopted Ballistol, which stayed in use until 1945.  By then, however, word had spread and within a decade, hunters, boaters, hikers, and outdoorsmen in Germany, Austria and Switzerland had converted to using this new “miracle oil.”


So what is Ballistol, exactly? The ingredients aren't secret. There's the MSDS, of course, and the formula hasn't exactly been kept secret for the past 113 years. Like all lubricants, it has as its base an oil- in the case of Ballistol, mineral oil. This is the same lightweight petroleum distillate that is used as baby oil, transformer oil, or microscope objective immersion oil. It's clear, nontoxic, and cheap- about 87 cents per pound in drum quantities. (Walmart has pharmaceutical grade mineral oil for $1.98/pint). It lacks the tenaciousness of polarized oils or greases, but if you regularly clean and lubricate a firearm it works just fine, which is why so many commercial gun lubes have mineral oil as their base. 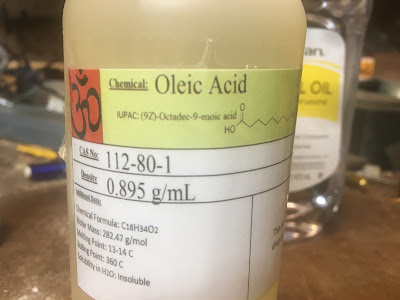 The second ingredient is oleic acid, which makes up around 10% of Ballistol by volume. This is not a corrosive chemical, as the name might suggest, but a monounsaturated fatty acid. It's also a major component of many soaps, and when combined with mineral oil it allows the oil to mix with water in suspension. That means you can dilute it with water and make "moose milk," a favorite cloning solution for black powder shooters. When used undiluted as a CLP, it helps keep carbon and dirt in suspension so it can be flushed out. 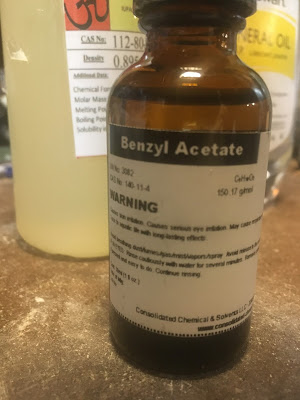 The third main ingredient is benzyl acetate, which also makes up about 10% of Ballistol. This compound is commonly used as a component of artificial fruit flavors and aromas. It's also an effective solvent for nitrocellulose, which is why it's in Ballistol. 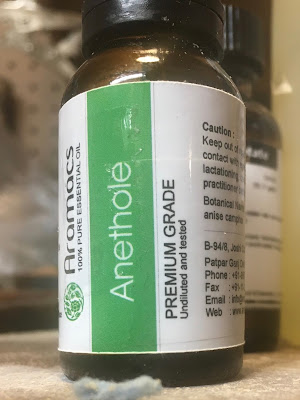 The last ingredient in Anethole, a plant extract that gives Ballistol its characteristic anise/licorice scent. Some find this scent very off-putting. I used in in my mixture for authenticity, but frankly, I'd leave it out as it doesn't contribute anything functional to the mixture. I suspect its presence in the original formula may have been for some assumed medicinal purpose as it was commonly used to clean wounds, according to some sources. I mixed up mine in a mineral oil bottle with a flip-up spout that I think was sold for applying oil to wooden cutting boards, but you could also use a spray bottle of the sort I used for my Ed's Red experiments.

Having mixed up all the ingredients, I wetted a few patches an pulled them through a .22 that had been to the range recently, and as you might expect, it left a clean and shiny barrel. I also used it to clean carbon deposits form the cylinder of my S&W 14-3 Masterpiece, and again, it worked just as well as the Break Free I usually use.

So there it is: Mineral oil, soap,  and nontoxic nitrocellulose solvent.  Total cost for a pint was under $3, which compares very favorably with $18 that Midway gets for a pint can of the commercial product. If you'd like to try mixing it up on your own, you can get mineral oil almost anywhere, and I've found vendors selling small amounts of oleic acid, butyl acetate, and anethol on both eBay and on Etsy. Anethole can also be found in health food stores and various new age apothecaries at ridiculously inflated prices. Shop around, as prices vary widely.

Posted by michael edelman at 10:16 AM